Alternative Media Broadcasting Developing in the Axis of New Media: An Analysis on the “Medyascope Channel”

In this study, it is aimed to understand how Medyascope channel, which is one of the alternative media platforms shaped in the axis of new media, broadcasts in a critical political economy and cultural context. In addition, it is envisaged to develop a new definition for the concept of alternative media, which is defined in different ways in the literature, based on the example of Medyascope. In this study, based on the aims and theoretical basis of the study, qualitative analysis method has been adopted and semi-structured in-depth interview have been used. Within the framework of the analysis, it was concluded that the channel showed a different media approach than the classical alternative media definitions; differentiated from the mainstream media at production and content level; differentiated from the radical media in the axis of impartiality and professionalism; and adopted a “candidate to be mainstream” broadcasting practice in the context of institutionalization and massification. 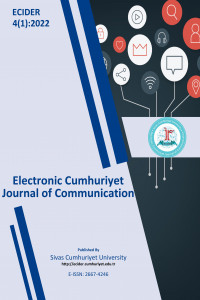